Self-Determination Is The Highest Expression Of Democracy 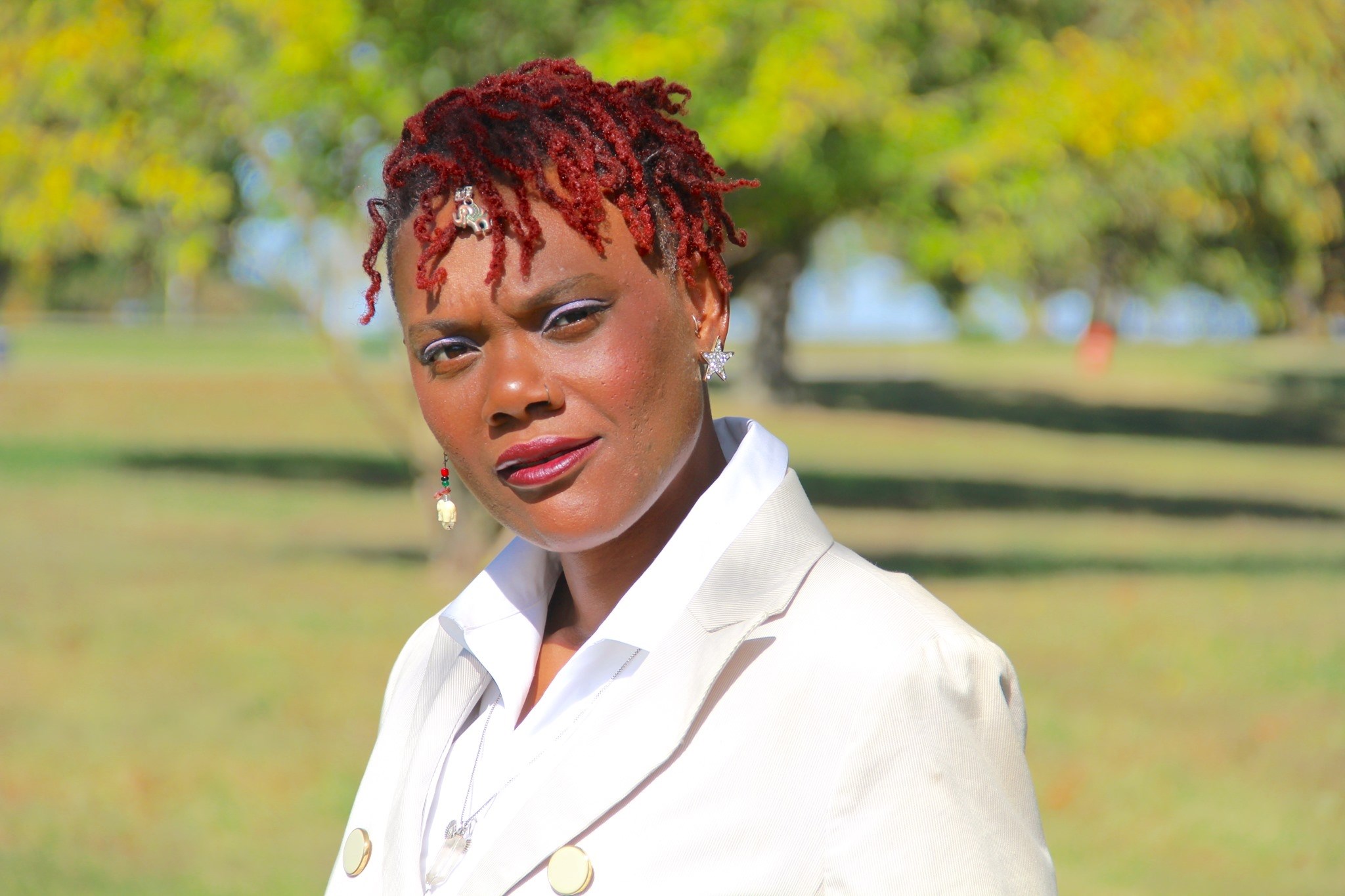 Born and raised in St. Louis, Herdosia “Kalambayi” Bentum, has a first hand knowledge of how broken the system is. Everything from education, public safety,  to economic and community development are examples of how the system has broken the Black community in North St. Louis. Kalambayi has entered the election for Ward 3 Alderperson with her bold slogan of “Revolutionary Times, Revolutionary Solutions.  She always had a love for the people and desired to make a difference as the terrible education system has left an indelible mark on justice fighter has reading problems of her own. Through grit and savvy and courage she has made the issue of her reading skills miniscule by jumping wholeheartedly into the fight for Black self-determination.

The mother of two daughters, Brooklyn and Briana, she has been transformed from an evangelist in her younger days to an international presenter and speaker on subjects the issues the African working class face daily.  In her twenties she was deeply involved in the church youth ministry. The church was her life. When she heard of the August 9, 2014 murder of young Mike Brown by Ferguson police her whole world was about to change.  She joined in on many demonstrations concerning the murder of Mike Brown.  It was during that tumultuous time on August 14, 2014 that Kalambayi met the founder of the Uhuru Movement and the Afican People’s Socialist Party, Chairman Omaili Yeshitela,  Upon hear the bold words of freedom and self-determination for Black people coming from Yeshitela, Kalmabayi knew she would never be the same. She joined the African People’s Socialist Party and after a few years has become the president of the International People’s Democratic Uhuru Movement, and constituent organization of the African People’s Socialist Party.

Kalambayi’s desire to run for Ward 3 Alderperson is partly driven by the terrible instances of gun violence in the African community that claimed the lives of two of her brothers and resulted in the imprisonment of another brother. These experiences along with her deep love for the African community of St. Louis and her own two young children forced to go through the anti-black school system full of lies about Black people, is what is driving the 39 year old.

She understands that winning her fight to bring in a new day of Black community control of the police, Black people to control our own education, and economic development for the Northside will signal a new day of progress and forward motion.

An activist at heart, Kalambayi is a powerful voice fighting for economic development on the Northside in the form of the Black Power Blue Print. In addition, she has spoken out loud and clear in an effort to stop the disastrous effort to reduce the aldermanic wards from 28 to 14. The ward reduction scheme put forth as an effort to negate and neutralize Black voting power in the majority Black city of St. Louis has lit a fire under Kalambayi, who is clearly becoming one of St. Louis’s dynamic fighters for justice.

With the help of residents, she will become the next Alderperson in Ward 3.